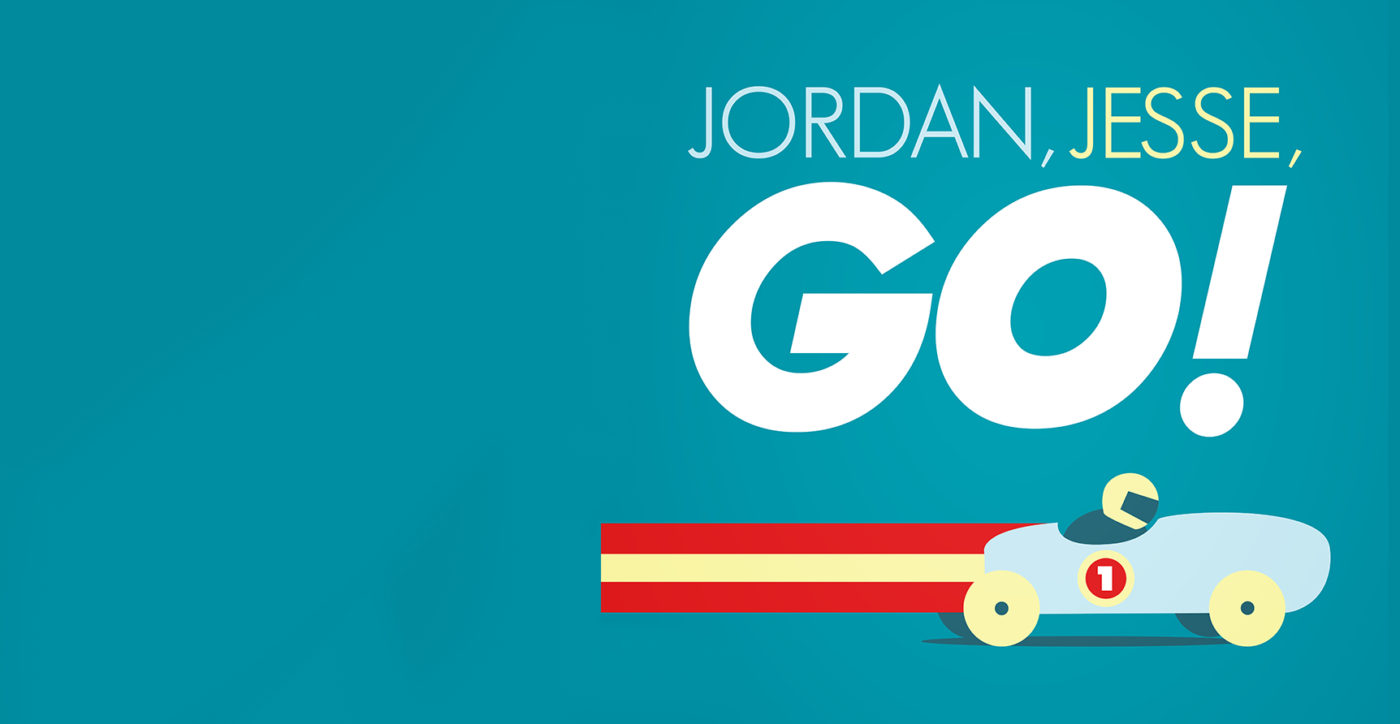 What is the dumbest show you can imagine? This award-winning show may be dumber. It has no content. No real format. Yet it’s going on ten years of delighting hundreds of thousands of people. It’s been an iTunes editors choice, and Rolling Stone picked it as one of the world’s best comedy podcasts. In addition, Jordan, Jesse, Go! has delighted and mystified audiences on stages around the world, from The Edinburgh Fringe Festival to a Battleship in Southern California.

Every live show, Jesse Thorn (NPR’s Bullseye) and Jordan Morris (Comedy Central’s @Midnight) sit down with an hilarious guest or two to talk about feelings, sex, culture and adult life. Plus, they’ll discuss momentous occasions from audience members’ lives and maybe even challenge a fan’s knowledge of the ridiculous with an absurd battle of wits versus a guest.

Whatever happens, this raucous, vulgar and warm-hearted romp will probably leave you a better person. And will certainly make you dumber.

For this recording, Jesse and Jordan will be joined by special guest Nick Hornby.

In addition to being the co-host of JJGo, Jordan Morris is a writer and sometimes contestant on Comedy Central’s Emmy-winning late night show, @Midnight with Chris Hardwick. He’s also written for Rifftrax, Funny or Die, UCB Comedy and IFC. He currently lives in Los Angeles with 1 (one) cat and still knows most of the fatalities from the original Mortal Kombat.

Jesse Thorn is the proprietor of the podcasting network MaximumFun.org, through which he hosts and produces a number of podcasts including Jordan, Jesse, Go! with Jordan Morris, Judge John Hodgman with John Hodgman, and the National Public Radio show Bullseye. Jesse also created and runs a popular men’s fashion blog and web video series, Put This On.

Please note that latecomers may not be admitted due to the event being recorded.