Melodic Circles is the first official album by Adib and Mehdi Rostami, which is been released by ARC record label in 2018. It was selected as one top 10 album of 2018 by Songlines Magazine.

Iranian classical musicians have a two-fold task as they learn their craft: they must learn the old melodies handed down over the generations, called radifs, and, through the process of skillful improvisations, transform them into something new. Classical Iranian music is built around radifs and hundreds of organised dastgāh (equivalent to scales) to create melodic circles of suspense, interest and mystique. As Adib describes Melodic Circles in his own words:

‘It was all a journey in a circle of Iranian melodies with a contemporary approach to traditional music… All Iranian melodies are linked together in modal systems, so it is a melodic circle and a collection of melodies.’

In the second half of this concert, Adib and Mehdi are joined by vocalist and harpist Tara Jaff for a set of ancient Kurdish pieces from different parts of the Kurdistan region. 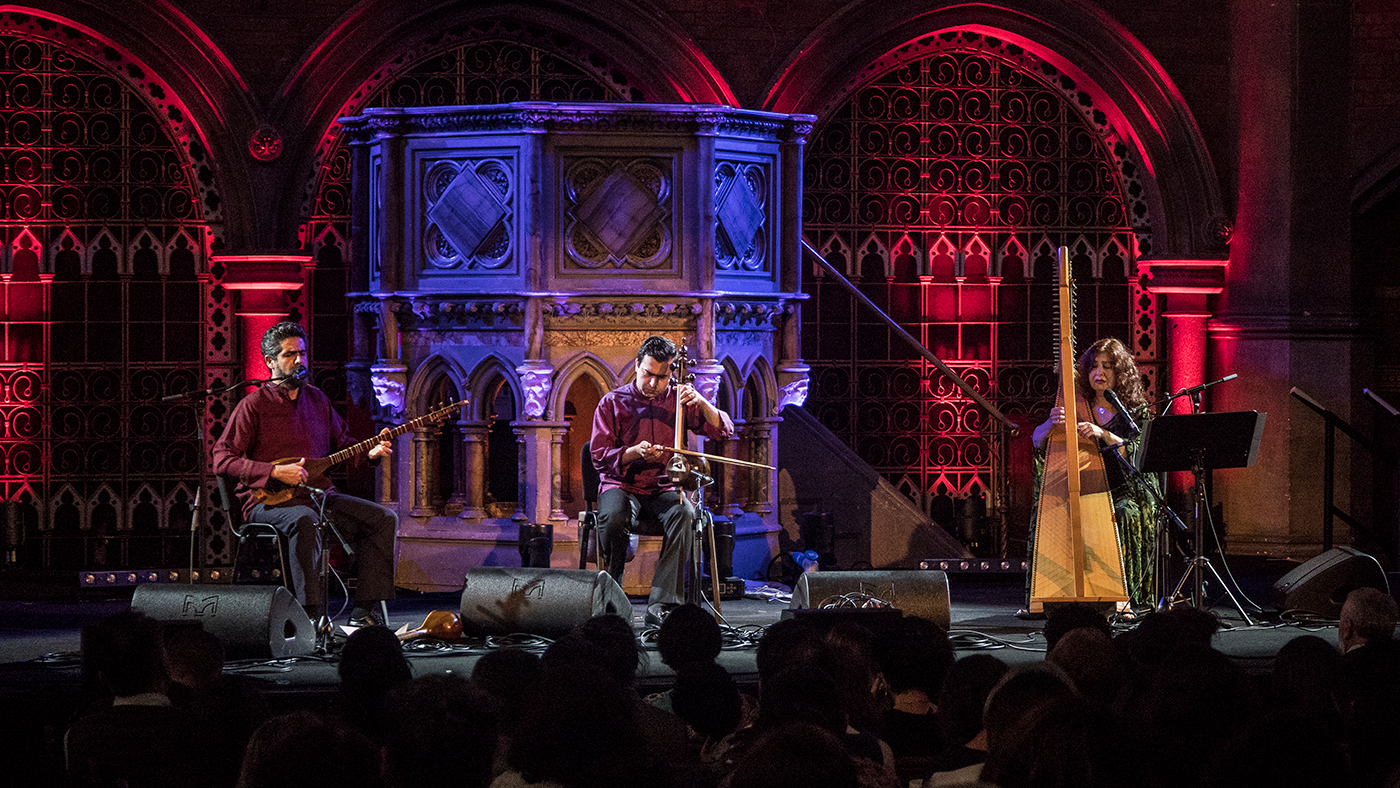 In 2017, Adib and Mehdi Rostami formed the AWJ Trio with Maya Youssef, Syrian virtuoso qanun player, and they performed at Barbican as part of Transcander Festival along with Kayhan Kalhor internationally acclaimed Kamanche virtuoso and Rembrandt Trio.